The Dumbing Down of IMDb


In the late 90s, I was an active member of the IMDb message boards, posting most often on the Film General and Classic Film boards. I still remember a number of the people posting there (per their usernames) with great fondness, respect and -- in some cases -- a begrudging, irked admiration for their antagonistic streaks: DFC, Ishallwearpurple, Addison de Witt, sprockets, prewitt, Antonius Block, others. (My own username was resurgence27.) I suspect some of these folks are still publishing on the boards. One poster (ivmeer) became a dear friend with whom I'm still in touch on Facebook (and lest you think she must be one of hundreds of faceless people with whom I'm connected on Facebook, I curate that friend list obsessively -- it never has more than 80 or 90 people on it). Another poster, benstevens, has been my closest friend for a long, long time now. He flew across an ocean to stand as a groomsman at my wedding. I flew across the country to see him married to his wife. These two friendships and the passing camaraderie (sympathetic and companionable, irascible and needling) with the other posters mentioned above were born in a kiln of rigorous, passionate debate about cinema. The IMDb boards in the late 90s and early 00s teemed with savvy, learned minds -- people who were not fanboys nearly so much as students of an art form, disciples of specific visionaries. We pushed each other to think more carefully, more critically of films. We pushed ourselves to do so, too.

These days, the IMDb boards -- and especially the boards assigned to individual films -- seem to have become a morass of arrogant, defensive fanboy obsession with little thought to punctuation and grammar, and even less thought to critical acumen and casting a wide net in terms of what one sees. Reading through threads, it becomes frightfully clear that the current generation of pop culture enthusiasts who care enough to leap into public discussions of films know so little about how to read films, most of them shouldn't be allowed near a screening room, let alone a forum for discussion. 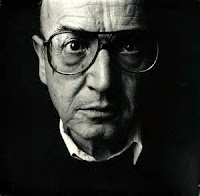 It could be that I was part of the IMDb boards when they were still new enough that the only people thinking to seek them out were serious film buffs with encyclopedic knowledge or budding film buffs, like myself, who were watching everything they could, reading criticism and film history voraciously, etc. (I once persuaded Elly Petrides, the subtitles translator for the legendary Greek director Theo Angelopoulos, to send me PAL copies of The Beekeeper, The Suspended Step of the Stork and Voyage to Cythera on loan from Athens. These films had never been released theatrically in America. I then persuaded my old German professor at the University of Wyoming to let me have private use of the Foreign Language Department's NTSC/PAL screening room one Saturday so that I might watch the three films. Two of them are on my top 100 of all-time.) It could be that the boards, once upon a time, were an untrammeled wilderness comprised of thinkers. Now it seems the boards have become a place where graffiti is the acceptable form of discourse, where Christopher Nolan and Quentin Tarantino fans are less interested in talking film than in reaffirming the brilliance of their coterie (they would do well to keep in mind Pulp Fiction: "let's not start sucking each others' dicks just yet..."), where most posters are people who've seen very little and who have convinced themselves that if a film is worth seeing, they'd have seen it.

I still use IMDb on a daily basis, for watching trailers, keeping myself up-to-speed on projects in development, etc. But sometimes I find myself missing what it used to be -- and feeling sad that such a huge number of current posters have no idea what they're missing, in terms of viewing pleasures or exchanges.